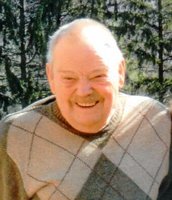 Mr. Gustafson was a 1952 graduate of Smethport High School.

He was employed at Bovaird & Seyfang, Dresser Mfg. and Quaker State, retiring from Petro-Wax of Farmers Valley.

Ralph was an avid sportsman who took great enjoyment from the wild life on his property and making certain that nephews and friends had their hunting licenses ready to submit.  During his hunting career he was able to take numerous bear and trophy white-tail before turning to nature observation and mentoring, both of which he enjoyed doing with his family. One of his many wild life enjoyments was watching eagle nest activity.  He enjoyed many computer hours watching his nephew’s sons play football for Grove City College.  He also enjoyed watching the Pittsburgh Steelers every Sunday while waiving his “Terrible Towel”.

In addition to his wife, Doris, of 65 years, he is survived by:

One sister-in-law:  Marilyn Roslinski of Bradford

And many nieces and nephews, all of whom he loved dearly.

In addition to his parents, he was preceded in death by six brothers-in-law: Donald Thomas, Barkley Daugherty, Lanny Dickinson, Wayne Burt, Joseph Roslinski and Carl Thompson.

At the family’s request, all services will be held privately. Burial will be in the family cemetery on Bush Hill.

Memorials, if desired, may be made to St. Judes Childrens Research Hospital. Online condolences may be made at www.hartle-tarboxfuneralhomes.com.