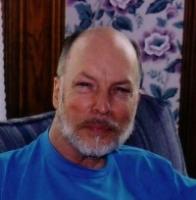 Smethport-Daniel Meredith Backus, 70, died Wednesday August 11, 2010 in Huntington Beach Hospital, Huntington Beach, California. Daniel was born in Kane, Pennsylvania on February 19, 1940, the son of Mary S. Backus and the late William F. Backus. He was educated in Smethport, Pennsylvania elementary schools, attended schools in Kingston, Canada and Leetsdale, Pennsylvania and graduated from Smethport Area High School in 1958. He attended St. Bonaventure University in Allegany, New York, and received an Associates Degree from Orange Coast College in 1970, along with a BA in Chemistry and a BS in Biological Sciences from the University of California at Irvine in 1973. At the time of his death, Daniel was the head of his own computer programming company, CDMB Systems, in Costa Mesa, California. Daniel was known for his love of reading, photography and cars, his dry wit, and his strong interest in politics. He was preceded in death by his father, William F. Backus, and his maternal and paternal grandparents. He is survived by his mother, Mary S. Backus, of Smethport, PA; his brother, Jeffrey K. Backus, of Pittsburgh, PA; his sisters Lauren Backus Haag of Boalsburg, PA and Kathleen Backus Cocolin (Neil) of State College, PA and his long-time companion, Ann Megivern King of Costa Mesa, CA. He is also survived by many nieces and nephews, his close friend and business partner, Barry L. O'Connor of California, along with many friends in California and Smethport, PA. An eleven o'clock memorial service will be held on September 25, 2010 at St. Elizabeth's Church in Smethport, PA and internment will follow at St. Elizabeth Cemetery. A luncheon will then be held in the church basement. Arrangements by Hartle-Tarbox Funeral Homes, Inc., Smethport, PA. In lieu of flowers the family suggests donations in Daniel's name to either The March of Dimes or Easter Seals for research and support services for Post-Polio Syndrome (PPS), to the ASPCA or to PAWS. Online condolences can be made at www.hartle-tarboxfuneralhomes.com.