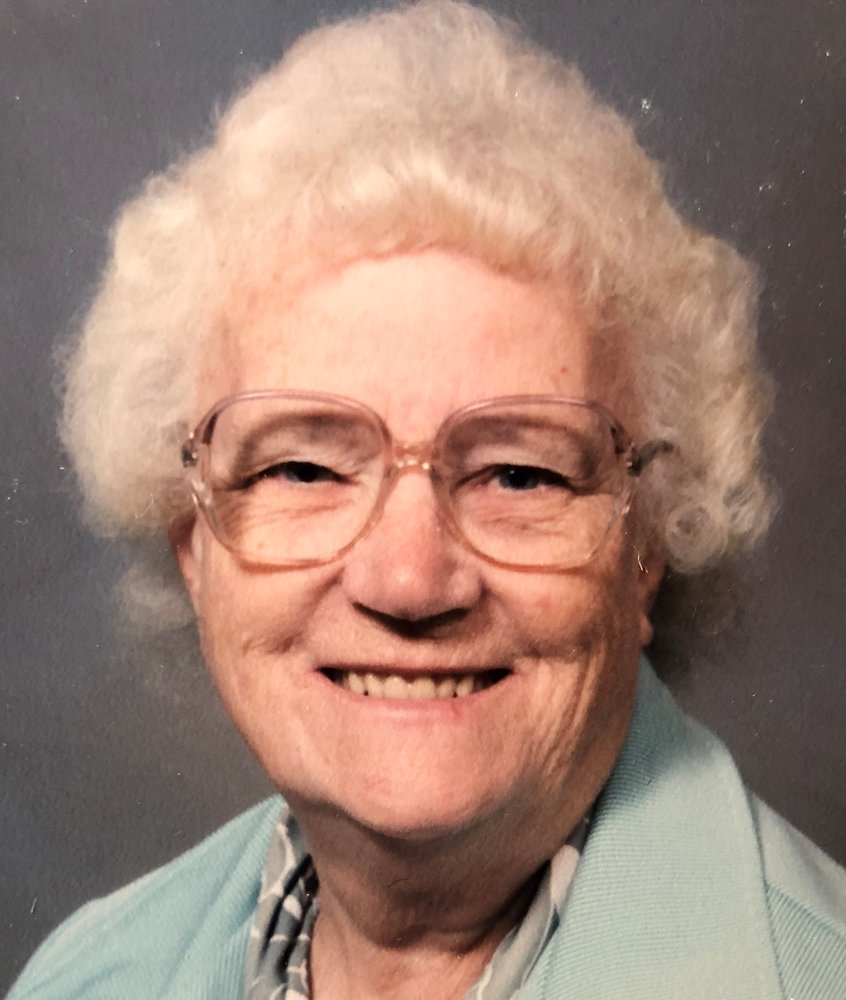 Mrs. Galentine went to school in Northampton, England and came to the U.S. with her husband in 1946.

She was a member of the Birch Grove Mennonite Church, where she taught Sunday school and Bible school.  She was also their director of VBS, was the church historian, and was an advocate for Euerence.  She also belonged to the WWII War Brides Association, and the Port Allegany Senior Center.

Doris loved spending time with her family, grandchildren, great-grandchildren and great-great grandchildren.  She enjoyed knitting, crocheting, crafts, Bingo and going to the Senior Center She was a diehard Christian band "groupie" and could be found center stage at any Crown or JIM Band performance.

In addition to her parents and husband, she was preceded in death by a daughter, Carol Daniels in 2006, one grandson, Dennis Galentine, two great-grandchildren, Katelyn Hilger and Isaiah Sanner, and several brother and sister-in-laws .

Visitation will be held on Tuesday, Dec. 18 from 2-4 and 6-8 PM at the Birch Grove Mennonite Church, where funeral and committal services will be held on Wed. at 11 AM with the Rev. Dale Detwieler, pastor, officiating.  Burial will be in Annin Creek Cemetery.

In lieu of flowers, memorials may be made to the Birch Grove Mennonite Church.  Online condolences may be made at www.hartle-tarboxfuneralhomes.com.

Share Your Memory of
Doris
Upload Your Memory View All Memories
Be the first to upload a memory!
Share A Memory
Plant a Tree