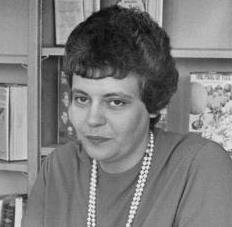 Obituary of Patricia A. Petrisek

Please share a memory of Patricia to include in a keepsake book for family and friends.
View Tribute Book

(Do not delete this line. It does not print.  Text that is to appear on web must be entered after this line)«

Port Allegany-Patricia Ann (Maczuzak) Petrisek of Port Allegany, PA, died Thursday, June 20, 2019 in Monroeville, PA, as a result of post-surgical complications.  Pat was one of 12 children and born in Slickville, PA, Westmoreland County, on September 27, 1938 to Peter and Catherine (Haverlation) Maczuzak.

Friends and family will be received at Gabriel the Archangel Roman Catholic Church on Arnold Avenue in Port Allegany on Saturday, July 13 at 10:00am followed by a burial mass at 11:00am.  Interment will follow in Fairview Cemetery in Port Allegany.  A reception at the St. Gabriel’s social hall will follow the service.

In lieu of flowers Pat asked that donations be made to the Port Allegany Volunteer Fire Department, the S.W. Smith Memorial Library, and the St. Gabriel’s Memorial Fund.

Pat’s children would like to offer our sincere thanks to Pat’s family and friends for the outpouring of sympathy and support they have been given.

Arrangements nare under the direction of the Hartle-Tarbox Funeral Homes,

Share Your Memory of
Patricia
Upload Your Memory View All Memories
Be the first to upload a memory!
Share A Memory
Plant a Tree