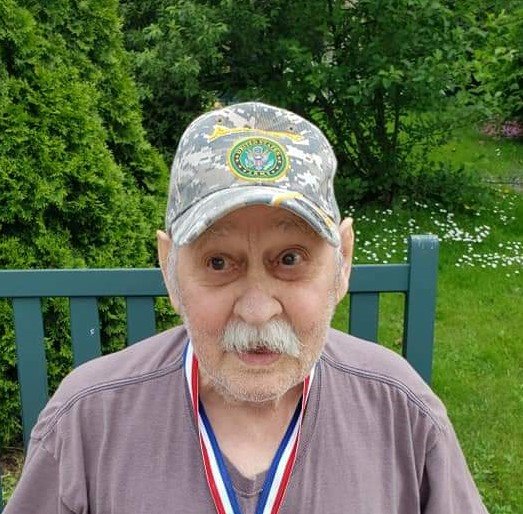 He was born July 26, 1931 in DuBois, a son of Joseph H. and Bertha M. Pierce Parris.  He was married first married to Mildred Kemp.  He then married Sharon Stoltz, who preceded him in death.

Mr. Parris worked at the former Castle Restaurant of Olean, NY before his retirement.  After his retirement, he worked at small jobs for several local establishments in the Olean area.

Ed enjoyed jigsaw puzzles.  He loved gluing them together when finished and framing them as art.  He loved to construct picture frames and enjoyed his neighbors.

He was a member of the Eagles Club of Olean, frequented the State King in Olean and enjoyed visiting Taltys Irish Pub, also in Olean.

Two grandsons:  Joshua and Jared Parris, both of Bradford

In addition to his wife and parents, he was preceded in death by seven brothers and two sisters.

A celebration of Ed’s life will be held from the home of Ed, Jr. and Darlene on Saturday, June 6th at 11 AM, with the Rev. Max Simms, pastor of the Hilltop Baptist Church, officiating.  Burial will be in Rose Hill Cemetery, Smethport.

Share Your Memory of
Edward
Upload Your Memory View All Memories
Be the first to upload a memory!
Share A Memory
Plant a Tree