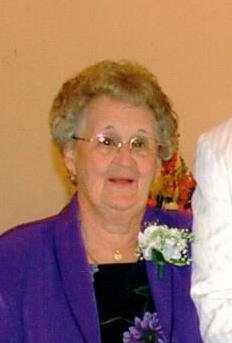 She was born Feb. 15, 1922 in Straight, a daughter of William and Anna Gurnot Cunningham.

Dorothy attended Crosby schools and was employed at Sylvania of Emporium for 31 years before retiring in 1981.

one daughter:  Fran Kinney of Smethport

In addition to her parents, she was preceded in death by a daughter, Shirley Koskoski; three brothers: John, Charles and Richard Cunningham; and two sisters:  Mary Bennett and Virginia Segulin.

Memorials, if desired, may be made to St. Elizabeth of Hungary Church, Smethport.  Online condolences may be made at www.hartle-tarboxfuneralhomes.com.

Share Your Memory of
Dorothy
Upload Your Memory View All Memories
Be the first to upload a memory!
Share A Memory
Plant a Tree