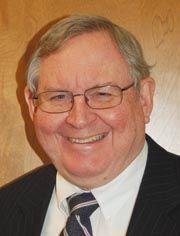 Joe is a graduate of Duquesne University School of Pharmacy and Warren Area High School. He grew up in DuBois and Warren, PA and lived most of his life in Port Allegany, PA. He and Sue moved to Treasure Lake in May 2020.

Joe’s family was the most important element in his life. He loved spending time and traveling with his wife of 50 years, his children, and his grandchildren. He always enjoyed sports. His first love was baseball, and he also played basketball as a youth. He played on baseball, softball, and bowling teams in Port Allegany, sponsoring the softball and bowling teams through his business. He continued to play basketball into his early ‘50s. He also coached and sponsored his children’s little league baseball team and helped organize several Port Allegany 3-on-3 basketball tournaments. In recent years, he loved attending Notre Dame football games with his daughters. He always greeted everyone with a warm smile and hearty laugh.

Due to the current circumstances, services will be held at a later date.

Online condolences may be made at hartle-tarboxfuneralhomes.com.

A Memorial Tree was planted for Joseph
We are deeply sorry for your loss ~ the staff at Hartle-Tarbox Funeral Homes, Inc. -Port Allegany
Join in honoring their life - plant a memorial tree

Share Your Memory of
Joseph
Upload Your Memory View All Memories
Be the first to upload a memory!
Share A Memory
Plant a Tree