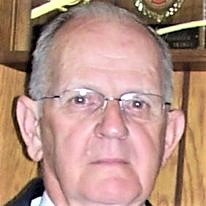 Please share a memory of Rodney to include in a keepsake book for family and friends.
View Tribute Book

Smethport--Rodney Neal Newton, 82, of Smethport went peacefully into the loving arms of Jesus, his Lord and Savior, on Tuesday, December 29, 2020.

Rodney was born on May 27, 1938 to Harvey and Ruth (Keesler) Newton. He attended school in Bradford.

On December 31, 1965, he married Kathryn Elaine Tanner at The Farmers Valley EUB Church.

Rodney served in the US Army for 6 years after which he worked at Ball Incon in Port Alleghany for 32 years, retiring in 2000.

He was a member of the Smethport C&MA Church where he served as an Elder for over a decade.

He enjoyed laughter; loved his family; and was known to be quite a joker.  He faithfully read the Bible through for 55 years.

He is also survived by one brother, Lynn Newton and 2 sisters, Barbara Frank and Sandy Clancy as well as several nieces and nephews.

He was preceded in death by his parents; one brother, Richard Newton; and 3 sisters, Mary Jane Coldren, Nancy Blum and Beth Rebon.

A private service will be held at the Smethport C&MA Church, with the Rev. Bob Grimes, pastor, and the Rev. Tom Milford, son in law, officiating.

Burial will be in the Fairmont Cemetery in Farmers Valley.

Friends will be invited to attend a celebration of his life at a later date.

If desired, memorial contributions can be made to Smethport Alliance Church, 202 Pine Street, Smethport, PA 16749.  Online condolences can be made at www.hartle-tarboxfuneralhomes.com.

Funeral Arrangements are under the direction of Hartle-Tarbox Funeral Homes, Inc., Smethport.

A Memorial Tree was planted for Rodney
We are deeply sorry for your loss ~ the staff at Hartle-Tarbox Funeral Homes, Inc. -Smethport
Join in honoring their life - plant a memorial tree
Online Memory & Photo Sharing Event
Online Event
About this Event

Share Your Memory of
Rodney
Upload Your Memory View All Memories
Be the first to upload a memory!
Share A Memory
Plant a Tree