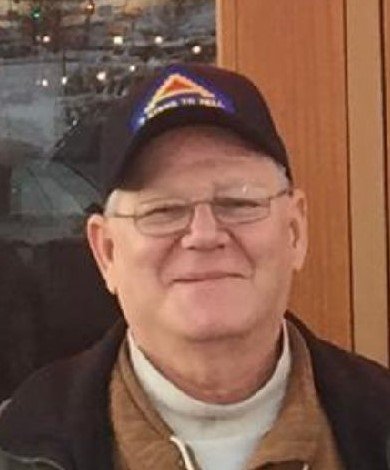 Please share a memory of Harold to include in a keepsake book for family and friends.
View Tribute Book

He was born January 15, 1949 in St. Marys, PA, the son of Herbert and Anastasia Zuroski Riekofsky.

Skip worked in the coating department at Penntech Paper Company, then it’s successor, Weyhauser Paper Company of Johnsonburg.  He worked 30+ years for the paper company.  After his retirement, he also worked for U.S. Security for several years.

Skip was very active as a member of A.A. and a dedicated sponsor to people for over 30 years.  He was a former member of the Mt. Jewett American Legion.

In addition to his parents, he was preceded in death by one son, Ronald Riekofsky, and a brother, Carl Riekofsky.

Visitation will be held on Saturday, March 6, 2021, from 10 AM to noon at Hartle-Tarbox Funeral Homes, Inc., 2 Bank St., Smethport.  Military Honors will be accorded at noon by the American Legion; Bucktail Post #138 of Smethport. Current COVID masking and social distancing apply.

Memorials, if desired, may be made to Fishing Kids Club of Hazel Hurst (found on Facebook) or to a charity of the donor’s choice. Online condolences may be made at www.hartle-tarboxfuneralhomes.com.

Share Your Memory of
Harold
Upload Your Memory View All Memories
Be the first to upload a memory!
Share A Memory
Plant a Tree