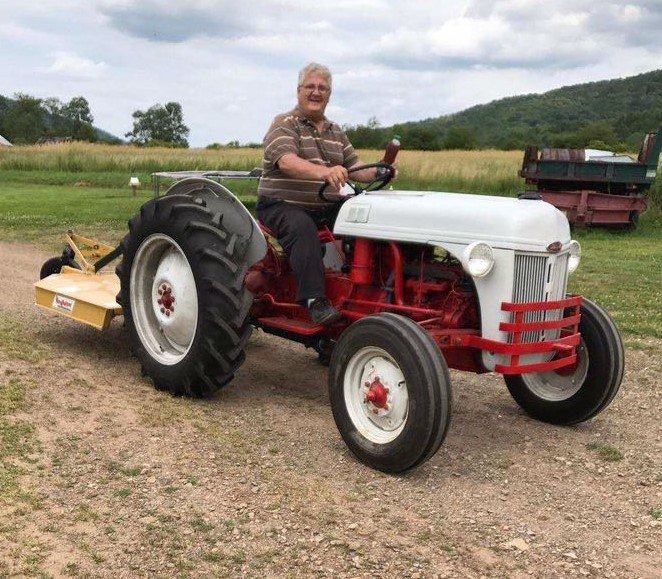 Please share a memory of Danny to include in a keepsake book for family and friends.
View Tribute Book

Dan was a 1968 graduate of Smethport Area Jr./Sr. High School.  He also was a graduate from welding school in Gen esee, PA.

Dan worked on the Isadore Dairy Farm his whole life.  He also owned and operated Dan’s Meat Processing, with his wife, Deb, which opened in 1975 at their home.  It was a family operated business.  His three children worked alongside him, as did James’ wife, Herbie, and Lisa’s husband, Arron.  Dan worked for the Smethport Borough for 30 years, retiring in 2017.  He loved his job and went above and beyond for it.

Dan gave his all to everything he was involved, especially his family.  Family came first even before himself.  He gave of himself to everyone who touched his life.  He always had a smile on his face. He was a hard worker and was always working on something.  He always had his “side kick”, Jim (the youngest), working by his side.  He loved football and went to many games.  He enjoyed mowing the grass and was an avid Fox News watcher.  He loved his fur babies, “Tazer”, “Izzy”, “Cash” and “Scooby”, along with the many other family pets through the years.  He loved wildlife and enjoyed watching the many deer, turkey, rabbits and such that were always on his property.  Dan always strived to help out the less fortunate.

One great grandchild due in May, Cole

And many nieces, nephews and cousins.

In addition to his parents, Dan was preceded in death by one brother, Paul Isadore.

There will be no visitation or services at this time.  A celebration of Dan’s life will be held in the near future and will be announced.

A Memorial Tree was planted for Danny
We are deeply sorry for your loss ~ the staff at Hartle-Tarbox Funeral Homes, Inc. -Smethport
Join in honoring their life - plant a memorial tree
Online Memory & Photo Sharing Event
Online Event
About this Event

Share Your Memory of
Danny
Upload Your Memory View All Memories
Be the first to upload a memory!
Share A Memory
Plant a Tree