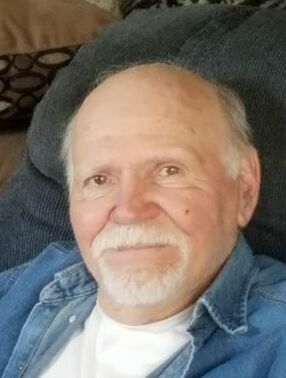 Please share a memory of Brian to include in a keepsake book for family and friends.
View Tribute Book

Mr. Hoover was a Macintosh Service Technician working around the country as he traveled with his  partner, Judy Nobles. The two spent many years on the road together with their company, Team West Productions, which was a video production studio.  Among the major companies Team West had produced for includes:  Delta Airlines, GTE, Greyhound and Marriott Hotels.  They produced a video of the area that was about the Indian Echo Country Club.  He returned to Port Allegany to open the “Mac Shack” to repair Macintosh computers.  Together, Bud and Judy manufactured “Cool Ties”.  The “Cool Ties” were used on “Survivor” television series and also for the Olympics.

He is survived by; his partner Judy Nobles of Port Allegany

He was preceded in death by his parents and one brother, William Mastronardi.

There will be no visitation. A Celebration of Bud’s life will be held on Sept. 19, 2021, from 1-4 PM at the Veteran’s Memorial Home, Port Allegany, PA.

Memorials, if desired, may be made to the family to defray the funeral expenses.  Online condolences may be made at www.hartle-tarboxfuneralhomes.com.

A Memorial Tree was planted for Brian
We are deeply sorry for your loss ~ the staff at Hartle-Tarbox Funeral Homes, Inc. -Port Allegany
Join in honoring their life - plant a memorial tree
Online Memory & Photo Sharing Event
Online Event
About this Event

Share Your Memory of
Brian
Upload Your Memory View All Memories
Be the first to upload a memory!
Share A Memory
Plant a Tree