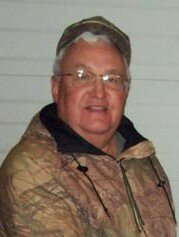 Please share a memory of Gilbert to include in a keepsake book for family and friends.
View Tribute Book

Mr. Miller was a 1960 graduate of Port Allegany High School and was employed for five years at Pittsburgh-Corning in Port Allegany before going to work for Pierce Glass, ultimately Ardagh Group of Port Allegany, retiring after 40 years in 2005.

Gib had a strong work ethic and desire to take care of his family and others first.  His greatest joy was his grandchildren and great-grandchildren.  He considered one of his greatest accomplishments was serving Mass at St. Gabriel Church as an altar server for daily Mass before he went to school from second grade through his senior year.

In addition to his parents, Gib was preceded in death by one brother, Richard A. Miller.

There will be no visitation.  A Mass of Christian Burial will be held Friday, October 1 at 11 AM from the St. Gabriel's Catholic Church, Port Allegany, with the Rev. James Campbell, pastor, as Celebrant.  Burial will be in Annin Creek Cemetery. A luncheon gathering will be held at 12:30 PM at the Port Allegany Veterans Memorial building and all friends are encouraged to attend and share a fond memory of Gib with the family.

Memorials, if desired, may be made to St. Gabriel’s Church, Port Allegany, PA, or a charity of the donor’s choice.  Online condolences may be made at www.hartle-tarboxfuneralhomes.com.

Share Your Memory of
Gilbert
Upload Your Memory View All Memories
Be the first to upload a memory!
Share A Memory
Plant a Tree