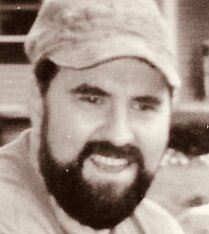 Smethport--David "Terry" Stilson, 69, passed away at his home in East Smethport, PA, on Monday, October 18th, 2021, after a short illness.

Terry was a lifelong resident of East Smethport and a graduate of Smethport High School. He was an enthusiastic and proud supporter of his Alma Mater "Hubber" football team.

He was employed by Pittsburgh Corning in Port Allegany, PA soon after high school and retired after many years of service in their maintenance department.

Terry enjoyed camping, hunting and woodworking. He held great pride in his well-deserving parents and the upbringing that they gave him. Terry placed enormous value on his friendship with his sister, Connie. He would have been terribly lost without the companionship of his beloved dog, Lucy.

He was a dedicated giver to The Wounded Warrior Project, his family church and mission work in The American Indian Field, along with other regular donations.

Besides his parents, Terry was preceded in death by his granddaughter, Abbie.

There will be no visitation. A family memorial service will be held at a later date.

Memorial contributions can be made to the East Smethport United Christian Church.  Online condolences may be made at www.hartle-tarboxfuneralhomes.com.

Funeral arrangements are under the direction of the Hartle-Tarbox Funeral Homes, Inc., Smethport, PA.

A Memorial Tree was planted for David
We are deeply sorry for your loss ~ the staff at Hartle-Tarbox Funeral Homes, Inc. -Smethport
Join in honoring their life - plant a memorial tree
Online Memory & Photo Sharing Event
Online Event
About this Event