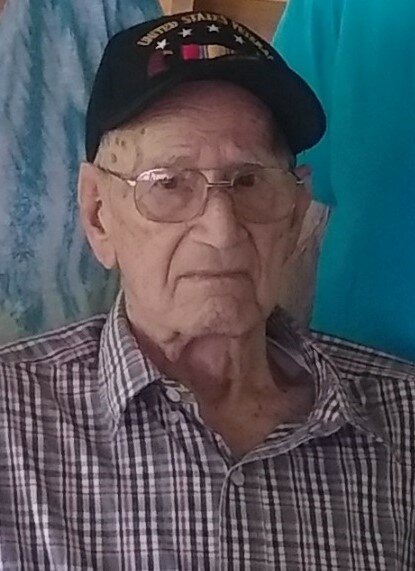 Obituary of Glenn A. Williams

Please share a memory of Glenn to include in a keepsake book for family and friends.
View Tribute Book

Smethport - Glenn A. Williams, 97, of Smethport, passed away Saturday (December 4, 2021) at his residence, with his loving family by his side.

He was born June 4, 1924 in Johnsonburg, the son of Frank and Ethel (Anderson) Williams. On June 3, 1950, in Farmers Valley, he married the love of his life, Rhea Mae Martin, who survives.  She had been by his side for 71 years.

Glenn joined the U.S. Army in 1943, during WWII.  His action started at Normandy and into Northern France, Rhineland, Ardennes and through Central Europe.  He was wounded in Belgium in 1944, and received a Purple Heart.  He was honorably discharged in 1945, receiving the Good Conduct Medal, the European African Middle Eastern Service Medal with 5 Bronze Stars, and World War II Victory Medal.

Glenn worked at Dresser of Bradford for 38 years, retiring in 1986.  After his retirement, he was caretaker for Rose Hill Cemetery in Smethport.  He also worked at the former Indian Echo Golf Course in Port Allegany.

One son:  Ted Williams of Smethport

One brother:  Norman Williams of Cyclone

and many nieces and nephews

Visitation will be held on Thursday, Dec. 9, from 11AM-1PM at Hartle-Tarbox Funeral Homes, Inc., Smethport, where funeral services will begin at 1PM with the Rev. B.J. Simms, pastor of the Free Christian Evangelical Church, officiating.   Burial will be in Fairmount Cemetery, Farmers Valley.  Military Honors will be accorded by the American Legion; Bucktail Post #138 of Smethport.

Share Your Memory of
Glenn
Upload Your Memory View All Memories
Be the first to upload a memory!
Share A Memory
Plant a Tree