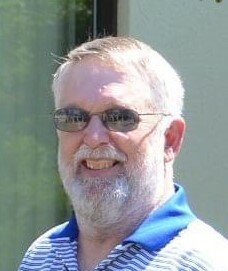 Please share a memory of Leon to include in a keepsake book for family and friends.
View Tribute Book

Port Allegany--Leon J. "Butch" Haskins, 73, a lifelong resident of the area, passed away on May 9, 2022 at the Olean General Hospital.

Butch was a 1967 graduate of Port Allegany High School and served in the U.S. Army during the Vietnam War.  He worked at Saint Gobain for 31 years.

Butch enjoyed the outdoors, especially hunting, fishing, ice fishing, trapping. He taught hunters safety for the Pennsylvania Game Commission for over 25 yrs. He was also a former Post Commander of the Smethport VFW Post #2497.  Butch had a sense of humor that was only rivaled by his generosity.

He is survived by his loving wife of 51 years, Betty J. Haskins, a son and daughter in law, Joseph D. and Laurie Haskins, of Cuba, NY; two daughters and sons in law,Janet Dianne and Matthew Hostetlar, Virginia Beach, VA; Joanne and William Luther, New Galilee, PA; 7 grandchildren, 7 great grandchildren, a sister, Linda Babcock, Canton, OH, and a brother and sis in law, Edward and Kathy Bigley of Port Allegany, his stepmother, Mary Haskins of Austin, PA, many nieces and nephews, and his close friend since 2nd grade, Dale Thielges.

In addition to his parents, he was preceded in death by a step father, Charles Bigley.

Visitation will be held on Thursday, May 12th, from 3-7 PM at the Hartle-Tarbox Funeral Homes, Inc., Port Allegany, where funeral services will begin at 7 PM, following visitation, with the Rev. Tony Edgell.  Military Honors will be accorded by the Port Allegany Honor Guard.

Memorials, if desired, may be made to the Pennsylvania Game Commission.  Online condolences may be made at www.hartle-tarboxfuneralhomes.com.

Arrangements are under the direction of the Hartle-Tarbox Funeral Homes, Inc., Port Allegany, PA.

Share Your Memory of
Leon
Upload Your Memory View All Memories
Be the first to upload a memory!
Share A Memory
Plant a Tree