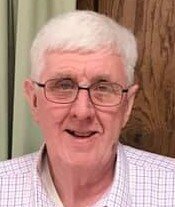 Please share a memory of Robert to include in a keepsake book for family and friends.
View Tribute Book

Bucko was a 1965 graduate of Port Allegany High School and Williamsport Community Collage.

Bucko was never idle very long.  He was caretaker of the Faiview Cemetery. In the spring, he could be found boiling maple sap to make maple syrup.

He was a member of the Port Allegany Star Hose Company No. 1 for 53 years, where he was past president and engine operator. He was also a member of  St. Gabriel’s Catholic Church in Port Allegany

In addition to his wife of 53 years, he is survived by  three sons; Daniel L. (Lori) Roys, Frederick M. (Melissa) Roys and Terance R (Shannon) Roys, all of Port Allegany, PA.

He was preceded in death by his parents and a sister, Mary Jane Rickard.

Visitation will be held from 2-4 and 6-8 PM on Friday, May 20, 2022  at the Port Allegany Fire Hall, Maple St, Port Allegany where funeral and committal services will be held on Saturday, May 21, at 10am, with the Rev. Matthew Guncheon, officiating. Burial will be in Fairview Cemetery.

Memorials may be made to the Port Allegany Star Hose Co.No.1.  Online condolences may be made at www.hartle-tarboxfuneralhomes.com.

Share Your Memory of
Robert
Upload Your Memory View All Memories
Be the first to upload a memory!
Share A Memory
Plant a Tree