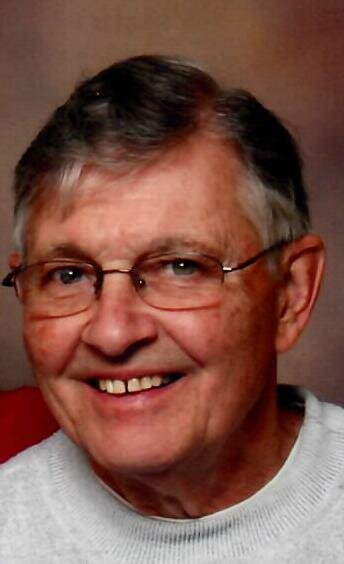 Obituary of James B. Johnson

Please share a memory of James to include in a keepsake book for family and friends.
View Tribute Book

Jim was born on April 6, 1937, in Port Allegany where he was a longtime resident prior to moving to Coudersport in 2014.  He was the son of the late Carl and Frances (Swasnick) Johnson.  Jim was predeceased in death by his infant brother, Martin.

Jim graduated from Port Allegany High School where he excelled in basketball and track and attended Mansfield University.  He then joined the Army National Guard where he traveled to Fort Bragg, N.C. and Fort Knox, KY.  Jim retired from Pierce Glass after nearly 40 years of service.  He owned and operated The Friendly Inn in Roulette, PA for four years.  He later became a van driver for S. Wilson Enterprises.

Jim was a lifelong member of the Catholic Church where he served as an Alter Boy for many years.  He was a member of the American Legion Post 192 in Coudersport as well as a lifetime member of the Port Allegany Moose.

Jim loved spending time with his family and friends, especially at sporting events.  Jim spent a great deal of time training for marathons and 10K races through the years.  He was a successful hunter and fisherman back in the day and spent a lot of time traveling.  Jim had a passion for sports and was a huge Penn State fan.  He held season tickets for many years with St. Bonaventure basketball as well as Buffalo Bills football where he enjoyed going to all of the games with his many buddies.  He enjoyed the golfing trips with the guys to Myrtle Beach as well as all of the trips to Hershey for the basketball playoffs.

Family and friends are invited to pay their respects Saturday, June 25 from 10:00 a.m. to 11:00 a.m. at St. Eulalia’s Catholic Church in Coudersport.  Jim’s memorial service will follow at 11:00 a.m. with Father James Campbell officiating.  Burial will follow at 1PM in St. Mark’s Cemetery in Emporium.