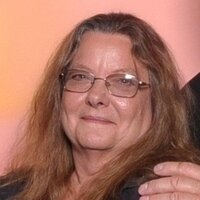 Please share a memory of Louise to include in a keepsake book for family and friends.
View Tribute Book

Lou graduated high school from Madison High School in 1976. After graduation, she entered the United States Air Force where she proudly served. On July 4th, 1986, she married the love of her life, Timothy “Tim” Tanner, in Wahiawa, Hawaii. In 1990, she was deployed to the middle east where she served in Desert Shield and Desert Storm. In November of 1992, she received her Associate in Applied Science degree in Electronic Systems Technology. In August of 1996, she retired after 20 years of service as a Technical Sergeant (E-6).

After retiring from the military, Lou moved to Wichita Falls, Texas, where she worked at Vetrotex Certinteed and most recently with Driveline Retail Merchandising.

Lou enjoyed spending time with family and friends, square dancing, crocheting, sewing, embroidering, “messing around” in the kitchen, and most recently camping.

A Memorial Tree was planted for Louise
We are deeply sorry for your loss ~ the staff at Hartle-Tarbox Funeral Homes, Inc. -Smethport
Join in honoring their life - plant a memorial tree
Online Memory & Photo Sharing Event
Online Event
About this Event

Share Your Memory of
Louise
Upload Your Memory View All Memories
Be the first to upload a memory!
Share A Memory
Plant a Tree