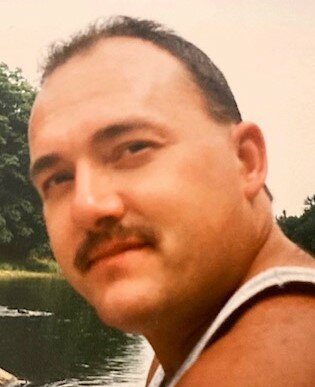 Please share a memory of Ronald to include in a keepsake book for family and friends.
View Tribute Book

He was born October 5, 1966 in Coudersport, the son of Gene Rees and Connie Meacham.

Ron was a graduate of Port Allegany High School Class of 1984 and he was a veteran having served in the US Navy.  While in the US Navy, he toured the Mediterranean on the U.S.S. Saratoga CV-60.

Ron was employed as a carpenter for many years. He especially loved wood working and drywall work.

Ron enjoyed camping, canoeing and fishing. He was a passionate Pittsburgh Steelers fan.  His greatest love however was spending time with his 3 daughters.  His courage is an inspiration to many.  It would be wrong to say Ron lost his battle because he never stopped fighting.

He is survived by his father Gene Rees and mother Connie Brundage.

There will be no visitation. A Celebration of life will be held at a later date.

A Memorial Tree was planted for Ronald
We are deeply sorry for your loss ~ the staff at Hartle-Tarbox Funeral Homes, Inc. -Port Allegany
Join in honoring their life - plant a memorial tree
Online Memory & Photo Sharing Event
Online Event
About this Event

Share Your Memory of
Ronald
Upload Your Memory View All Memories
Be the first to upload a memory!
Share A Memory
Plant a Tree