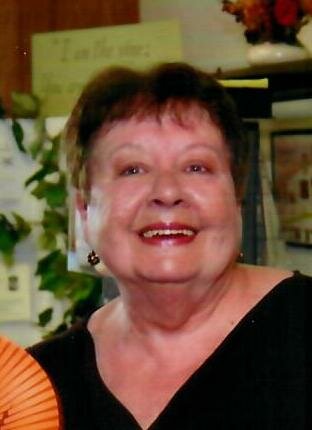 Please share a memory of Nancy to include in a keepsake book for family and friends.
View Tribute Book

She attended Coudersport schools and it was during that time that she developed the work ethic that she would carry with her the rest of her life. She always told the story of a particularly disagreeable run in with one of her teachers, who teased her for having bad teeth. Her response back to the teacher was, “Well, at least I’m not a homely old shovel tooth, like you”. Then she proceeded to get a job waiting tables at the local texas hot restaurant to earn and save up enough money to buy her own false teeth, at the ripe old age of 14 years. That scrappy fighter, take no BS from anybody, attitude would serve her the rest of days and she instilled that in her children.

She worked as a waitress in various restaurants in the area. She also worked for DeMott’s True Value in Port Allegany, where she was friendly to everyone she met. Once her children were out of school, to stay busy, she took an interest in buying real estate rentals and at one time owned over 10 properties. In her later years, she was a proud, albeit passive, supporter of the Seneca Nation of Indians and as such, she would travel to Salamanca as often as she could to “donate” at the casino.

Nancy, or “Nannie” as she was known to family and friends, loved her kids and enjoyed sitting around the kitchen table with them, catching up on all of the latest gossip. Her house was always a soft place to land for her children, as well as her children’s friends. She loved them all equally.

She was preceded in death by her mother and her husband.

There will be no visitation. A celebration of life will be held at a later time and date to be announced.

Memorials, if desired, may be made to the Star Hose Company #1 - Port Allegany Fire Department.

A Memorial Tree was planted for Nancy
We are deeply sorry for your loss ~ the staff at Hartle-Tarbox Funeral Homes, Inc. -Port Allegany
Join in honoring their life - plant a memorial tree
Online Memory & Photo Sharing Event
Online Event
About this Event

Share Your Memory of
Nancy
Upload Your Memory View All Memories
Be the first to upload a memory!
Share A Memory
Plant a Tree