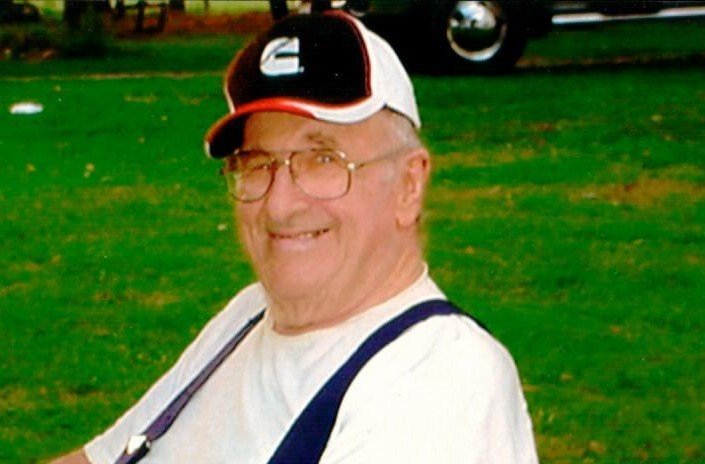 Mr. Spittler was a 1943 graduate of Limestone High School and joined the U.S. Navy, serving from 1948 to 1953, during the Korean Conflict.

Ed worked at Bell Telephone in several positions before retiring.  He retired from the company when it was still named Bell.

Ed was a member of the VFW Post #2497 Aux. of Smethport, the American Legion; John Berg Post #976 of Crosby, was a founding member and life member of the State Line Draft Horse Club, and was a volunteer firefighter in Limestone, NY.  Ed loved music, sports, horses and spending time with his family.

one daughter: Susan I. Clark of Smethport

his companion for several years, Linda Peterson, of Bradford, and her children and grandchildren

In addition to his parents and wife, he was preceded in death by two brothers, Milton and Charles Spittler, Jr., as well as two nephews.

A graveside funeral service will be held on Tuesday, August 7 at 10:00 am from the Norwich Cemetery, Colegrove, with the Rev. Vincent Cieslewicz, pastor of St. Elizabeth Church, officiating.  Military Honors will be accorded by the American Legion; John Berg Post #976 of Crosby.

In lieu of flowers, memorials may be made to the East Smethport Baseball Association or the Potter County Education Council, in care of the Homeland Security Program at Seneca Highlands Career & Technical Ctr., Port Allegany. Online condolences may be made at www.hartle-tarboxfuneralhomes.com.

Arrangements are under the direction of the Hartle-Tarbox Funeral Homes, Inc., Smethport.»(Do not delete this line. It does not print.  Text that is to appear on web must be entered before this line)

Share Your Memory of
Edwin
Upload Your Memory View All Memories
Be the first to upload a memory!