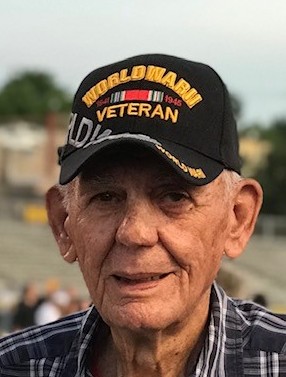 Obituary of Thomas B. Cioffi

Smethport - Thomas B. Cioffi, 93, of Smethport, died Tuesday (May 19, 2020) from injuries sustained in an automobile accident.

Mr. Cioffi served in the U.S. Army during WWII and fought in the Battle of the Bulge.  He was discharged in 1946.

Upon his return to the states, Mr. Cioffi was employed by Quaker State for 44 years retiring in 1989.

He was a member of St. Elizabeth of Hungary Church of Smethport, the American Legion; John Berg Post #976 of Crosby, the Bucktail Rod & Gun Club, the Norwich Sportsman Club, NRA and was a Norwich Township supervisor for 34 years.

One sister:  Jean Curran of Smethport

In addition to his parents, he was preceded in death by two brothers, Raymond “Chick” and James Cioffi.

Due to current COVID-19 restrictions, visitation and services will be held privately on Friday with the family.  Burial will be in St. Elizabeth Cemetery, Smethport.  Military Honors will be accorded by the American Legion; John Berg Post #976 of Crosby.

Share Your Memory of
Thomas
Upload Your Memory View All Memories
Be the first to upload a memory!
Share A Memory
Plant a Tree