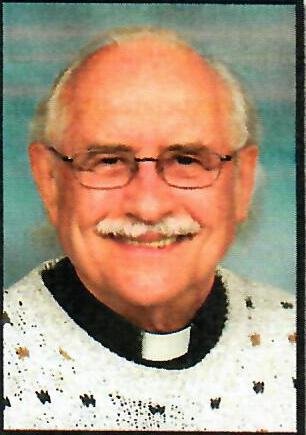 Please share a memory of Rev. Charles to include in a keepsake book for family and friends.
View Tribute Book

Father Schmitt was born Sept. 10, 1931, in Erie, the son of the late Frank and Beatrice Frank Schmitt. A native of St. Peter Cathedral parish, he attended Lincoln Grade School and Academy High School, both in Erie. Upon his graduation from high school, Father Schmitt was employed in the billing office of Erie Concrete and Steel Supply Co.Inc.

He went on to study at St. Mary's Seminary and the University in Baltimore, where he earned a bachelor's degree in philosophy in 1955 and a bachelor's degree in sacramental theology in 1957.  After being ordained May 7, 1959 he was assigned to St. Andrews Parish of Erie where he began his priesthood.  His assignments during his fifty plus years of service included, but were not limited to, Immaculate Conception in Erie, Mercyhurst University, St. Gabriel in Port Allegheny, Our Lady of Mt. Carmel in Erie and St. Michaels in Emlenton from which he officially retired in 2013. One of his most cherished accomplishments was the co-founding of Perseus House, a group home in Erie for youths in need of behavioral support. During his retired years he continued conducting funerals, weddings and addiction counseling when needed, often traveling great distances in bad weather in the central and northern Pennsylvania region.

"Chuck" loved good art, good music and great food and made every effort to include friends, relatives and colleagues in his endeavor to enjoy.  He was an avid reader and continued his study of liturgy and God's messages until his death.

In addition to his parents he was preceded in death by his brothers, James D. Schmitt and Eugene Schmitt, and his sister Margaret Ann Hoyt.

There will be no visitation.

Burial will be in the St. Gabriel’s Cemetery, Port Allegany

Memorials if desired may be made to St. Gabriel’s Church, 203 Arnold Ave, Port Allegany, PA 16743

Share Your Memory of
Rev. Charles
Upload Your Memory View All Memories
Be the first to upload a memory!
Share A Memory
Plant a Tree