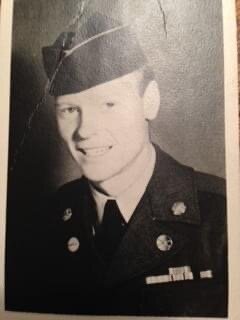 Please share a memory of Fred to include in a keepsake book for family and friends.
View Tribute Book

Smethport-Fred M. Strutt, Sr. (AKA "Red" or "Rooster" Strutt) formerly of New Brighton and Beaver Falls, PA, passed away on Tuesday, May 10, 2022 at his home in Smethport, PA, just eight days before his 93rd birthday.

Fred grew up without a father in his life, but had a close relationship with his stepbrothers Forrest and Bob and his stepsister Peg. He joined the U. S. Army at age 17 and served in the Philippines at the end of World War II guarding prisoners of war.  In 1950 he was deployed to the Korean War where he was a decorated combat veteran earning two Bronze Stars and the Life Saving Medal, among several other medals and citations.  He served in the 519th Combat Military Police.

Fred returned from the Korean conflict with a bad case of PTSD that sent him down a rocky road, but in time he learned to cope with it on his own. After the war, Fred worked for over thirty years at Babcock & Wilcox at the Beaver Falls and Koppel plants where he was a millwright and expert welder. In the late 1960’s, Fred and several other community members are credited with helping to organize and get approval for the varsity football program at Riverside High School, Ellwood City, PA.

Later in life, Fred moved to Smethport, PA where he worked as a U. S. Postal carrier, a police officer, a bailiff at the McKean County Court House, and was a member of the American Legion of Smethport and Crosby PA. Fred had no trouble making friends and became well known in McKean County.  There are numerous legendary stories told by the many people that knew and loved him affectionately. He was always kidding around with everyone.

Throughout his life, Fred was an avid Pittsburgh sports fan.  He loved the Pirates, Steelers, Penguins, and Pitt and Penn State football.  He also enjoyed raising and training beagles, horse trading, hunting, fishing, camping, golfing, and playing his guitar.  He sorely missed the farm we had in the 60’s and wished he hadn’t sold it.

Fred will be greatly missed by all his family and friends. In loving memory, as he rests in peace, we thank him for his service to our country, as well as, being a great Dad and friend.

Visitation will be held on Monday, May 16, 2022, from 11AM-1PM at the Hartle-Tarbox Funeral Homes, Inc., 2 Bank St.,Smethport, PA, where funeral and committal services will begin at 1 PM with the Rev. B.J. Simms, pastor of the Free Christian Evangelical Church of Smethport, officiating.  Burial will be in Norwich Cemetery, Norwich Twp.  Military Honors will be accorded by the American Legion; Bucktail Post #138 of Smethport.

Memorials, if desired, may be made to a chapter of the American Legion.  Online condolences may be made at www.hartle-tarboxfuneralhomes.com.

Share Your Memory of
Fred
Upload Your Memory View All Memories
Be the first to upload a memory!
Share A Memory
Plant a Tree